Softball Vs Baseball Field: Why Are Softball Fields Smaller?

Baseball and Softball are two eerily similar sports. Both use the same equipment such as a ball, a glove, and a bat. They also have similar objectives as well, which is to score more runs than the opposing team. However, these two sports also have differences. One of the main differences between softball and baseball is the size of their fields.

While softball and baseball fields are laid out the same diamond-shaped infield, softball has a smaller field compared to baseball. But why is that?

Softball was initially created as an indoor version of baseball. When you play a sport that is indoors, you sacrifice a lot of space. When the sport was first played, it was originally called kitten ball, which could be referred to as its smaller field size compared to baseball.

Balls can also play a factor as to why softball fields are smaller than baseball fields as regulation softballs are typically heavier compared to baseballs.

With that being said, let’s look at the sizes of both fields first.

How exactly does a softball field compared to a baseball field?

As mentioned earlier, both fields are arranged in a diamond-shape manner. We already know that baseball has significantly larger fields compared to softball, but how exactly does a softball field compare to a baseball field?

Let’s look at the exact dimensions of both fields.

Typically, a softball field has 4 infield bases (first, second, third, and home plate), which are arranged 60 feet apart. The distance to the outfield fence for softball is typically around 200 feet from the home plate. Meanwhile, the distance from home plate to the front of the pitcher rubber is around 43 feet.

Meanwhile, baseball also has the same 4 bases. However, these bases are arranged around 90 feet apart. The distance from home plate to the outfield fence is around 300 to 420 feet. In addition to that, the distance from the pitcher’s mound to the home plate is 60 feet and 6 inches.

You might have noticed the significant differences between the numbers. Even though softball and baseball have the same gameplay, baseball fields are significantly bigger compared to softball fields.

With this being said, the differences between the size of a baseball and a softball field translate into other aspects of both sports despite their similarities in gameplay.

For example, since softball has smaller fields, the sport may have different rules compared to baseball in terms of frequency of double plays, reaction times, and lead-offs.

The differences in terms of field sizes are also related to the size of the ball, which we will discuss next.

Another possible answer as to why softball has smaller fields than baseball could be related to both of the sports’ equipment.

With that being said, it is only sensible to make softball fields smaller compared to baseball fields.

How do the sizes of a softball and a baseball field affect the players’ reaction time?

With significant differences between the softball and the baseball field, the players’ reaction time is going to be affected too depending on the sport.

We already established the distances from the pitcher’s mound to the batter box in both sports. Even though baseball travels at a greater speed of about 90 mph (compared to softballs 70 mph), the reaction time of a baseball batter is slower compared to a softball batter. 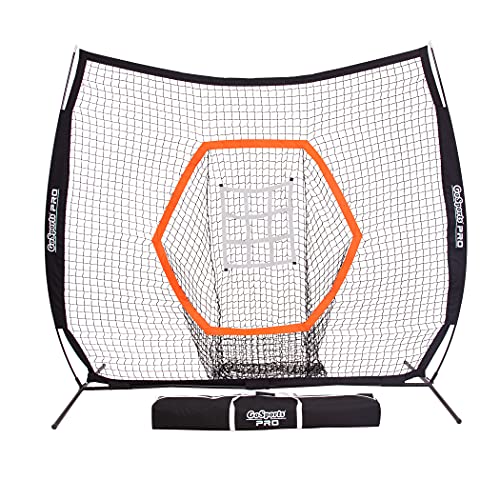 How does field size affect other aspects of gameplay with softball and baseball?

Since there is a significant difference between a baseball and a softball field in terms of size, other aspects of gameplay are affected as well.

We already talked about how field sizes affect the balls used and the reaction times of players in both sports. Let’s take a look at other aspects, such as lead-offs and double plays.

In softball, runners are prohibited from leaving before the ball leaves the pitcher’s hand due to a smaller field size. With this in mind, the catcher in softball becomes responsible for picking off instead of the pitcher, unlike in baseball.

Unlike in baseball, the double plays in softball is much less frequent because of the shorter distances between bases, which means there is less time.

Meanwhile, baseball expects more frequent double plays, especially when a runner is on first, and the hard infield ball is hit.

Aside from field size, what are other differences between softball and baseball?

The pitching styles of both baseball and softball are entirely different. A baseball pitcher utilizes an overhand throw while softball pitchers throw the ball underhand.

In addition, the pitcher’s mound in softball is much closer to the batter box compared to baseball.

Here’s another key difference between the two sports. Baseball is a male-dominated sport while softball is played by mostly women.

In fact, women can actually play baseball at a professional level. Furthermore, softball was originally invented and played by men.

However, in the 1970s, Title IX was implemented, which allows schools to allocate equal funding in both men and women’s sports. While this promoted gender equality in athletics, this did not include baseball and softball as these sports were seen as equivalent sports.

As a result, schools reserved the right to deny women to play baseball and vice versa. Until now, American colleges and universities do not have a women’s baseball team or a men’s softball team.

The good thing is that women can play baseball at a professional level. Women’s baseball is played in several countries like the United States, Japan, Cuba, and Taiwan, which are also some of the strongest and most organize baseball leagues out there.